There will be a number of interesting keynote speakers, addressing the theme of the conference.

Confirmed speakers so far include

I am an Emeritus Professor of Geography at University College London.

I was a member of the original Board of Directors of Friends of the Earth in the early 1970s and have been involved in debates about environmental issues ever since. I am intrigued by the persistence of attitudes to risks. For the past 30 years, the same arguments, slogans and insults have been shouted past each other by the participants (or their descendants) in disputes about issues for which conclusive evidence is lacking. My current work on both risk and transport issues seeks to understand these attitudes and the reasons for their persistence, in the hope of transforming shouting matches into more constructive dialogues.

My website encapsulates my present research interests. My attraction to transport risks and threats to the environment grew out of my involvement in the 1970s and 80s as a participant in public inquiries into the UK Government’s road building plans.

In the last few years my interest in risk has broadened to include its financial aspects. I am an Honourary Member of the Institute of Risk Management.

John D. Graham is Dean of Indiana University’s School of Public and Environmental Affairs, one of the largest professional schools of public affairs in the world.

Prior to joining IU, Dr. Graham served as Dean of the Pardee RAND Graduate School (2006-2008), as a Senate-confirmed administrator in the White House Office of Management and Budget (2001-2006) in the George W. Bush administration, and as a professor at the Harvard School of Public Health (1985-2001).

He was elected President of the Society for Risk Analysis (SRA) in 1995 and earned SRA’s Distinguished Lifetime Achievement Award in 2009.  He is the author of eight books and more than 100 peer-reviewed scientific articles.  He earned has BA, MA and Ph.D. degrees at Wake Forest University, Duke University and Carnegie-Mellon University, respectively. 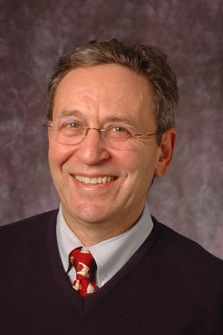 Michael Greenberg studies risk analysis and environmental health.  He is professor and dean of the faculty of the Edward J. Bloustein School of Planning and Public Policy, and directs several research centers about risk-related issues.

In addition to 28 books, professor Greenberg has contributed more than 325 articles to social science and policy journals.

He has been a member of National Research Council Committees that focus on the destruction of the U.S. chemical weapons stockpile and nuclear weapons; chemical waste management; and the degradation of the U.S. government physical infrastructure. He has received awards for research from the United States Environmental Protection Agency, the Society for Professional Journalists, the Public Health Association, the Association of American Geographers, and Society for Risk Analysis.

He serves as associate editor for environmental health for the American Journal of Public Health, and is editor-in-chief of Risk Analysis: An International Journal.

Adrienne Grêt-Regamey has been Associate Professor at the Chair of Planning Landscape and Urban Systems (PLUS) of Landscape and Environmental Planning at the Institute for Spatial and Landscape Planning in the Department of Civil, Environmental and Geomatics Engineering, since 2008. Her research focuses on integrating the goals of sustainable development, economic viability, and good governance in spatial planning.

2007–2008 she returned as a research fellow to ETH Zurich's Institute for Spatial and Landscape Planning. 2007–2008 Adrienne Grêt-Regamey worked as a scientific officer at the Swiss Federal Office for the Environment (FOEN) in Bern.

He has been Ordinarius of Safety Technology at the ETH Zurich since 1990 and director of the Laboratory for Safety Analysis. Before being elected IRGC’s Founding Rector in 2003 he headed research in nuclear energy and safety at the Paul Scherrer Institut (PSI), where he was also on the board of directors. After his retirement at the beginning of 2011 he has become the executive director of the newly established ETH Risk Center.

He has been strongly involved in the risk and vulnerability analysis of complex technical systems and in putting the assessment and management of technological risks into a broader context. He is ‘inter alia’ individual member of the Swiss Academy of Sciences and chairs its topical platform “Risks” and is Distinguished Affiliated Professor of TU Munich. 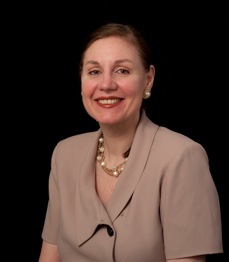 Her recent work has focused on aging, neurocognitive impairment, and genetic risk factors; rationality and risky decision-making, particularly risk taking in adolescence; and neuroimaging models of framing and decision-making.  She also has extended fuzzy-trace theory to risk perception, numeracy, and dual processes in medical decision-making by both physicians and patients.

In addition, Dr. Reyna teaches an undergraduate and a graduate seminar on risk and rational decision-making.